The Selangor Grand Prix which was actually known as a race held at the end of the year at the Shah Alam Circuit in Malaysia. Something rather special but something to be known as it was quite an unusual place to see the so-called Super Saloons.

Funny is that through the years and various research done on Group 5 cars, Zakspeed, BMW 320s and so on, I had stumbled across a number of pictures of a few Group 5 or Special Saloons being raced somewhere in Asia. Interesting as well is that being a fan of Roberto Ravaglia and BMW I had found a picture of a BMW 320 Group 5 in “Extreme” form with his name on and with a JPS livery but I could not find or figure where this had been taken.

Following on a share and a little help from friends on facebook, I gathered information regarding a race held in 1985, in Malaysia and that would I presume be no other than the Shah Alam, Selangor Grand Prix. Interesting as well is that the same year, on the 01.12.1985, the World Sports Car Championship visited the circuit for the so-called Selangor 800KM.

The only time that an FIA World Championship would visit Malaysia before the Formula One Malaysian Grand Prix first took place in 1999 at the Sepang track. But still, the track remained well-known in the motorcycle community as it hosted numerous Grand Prix and World Championship Superbike rounds between 1991-1997.

Back to touring cars though, quite interesting, and from the late sixties to the eighties, a Super Saloon race was held there at the end of the year as well as the Tasman series visiting, various Formula Libre races were held as well and I guess, start money or prize money was interesting as it attracted quite a few number of European, Aussie drivers to compete against the local stars.

And the cars, well, it proved quite interesting with all sorts of cars coming up, from the Group 2 and Group 5 Escorts and Datsun to the later BMW M1 and its Schnitzer Turbo version seen in the DRM as well as a pack of Porsche RSR, 935 and later BMW 320 Group 5. As said, it was all about “Super Saloons” so I guess, as long as it could fit a category, it was permitted to race.

Interesting as well is the link wit the Macau Guia Race as quite a number of cars that went there or ended up in that region were possibly on their way to the famous street circuit as well. Great is that the Armin Hahne Zakspeed Escort Group 5 car that raced there in 1978 and on was found years ago by an Australian who did restore the car to its period specification and now campaigns the car down under.

Anyway, enjoy the gallery and if you have anything else on these races, please let me know. Results, pictures, entry lists, programs, anything is welcome. Cheers. 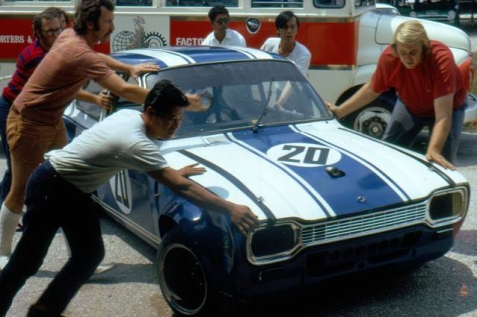 1973 and the Aussie Escort FVA of Moffat/Gibson. 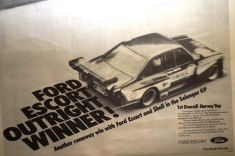 1978 Advert about the Selangor GP win by the Group 5 Zakspeed Escort.

1978 and the Group 5 Zakspeed Escort being featured at the Ipoh Motor Show. 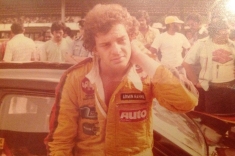 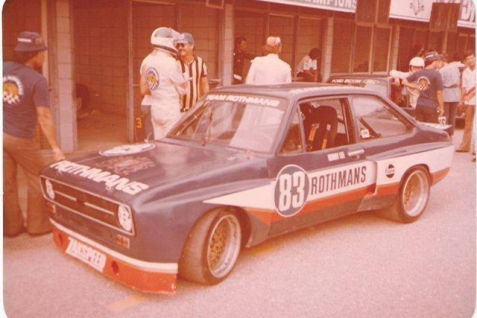 1979 and what looks like a Zakspeed early Group 2/5 spec Escort Mk2, driven here by Kenny Lee. 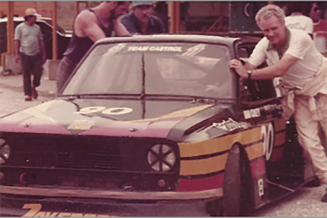 1981, Ian grey pushing his ride around the paddock.

1981 and still winning with Ian Grey at the wheel. 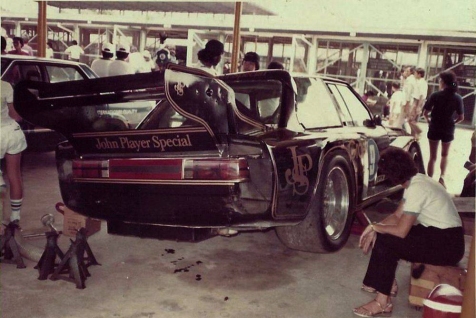 Ian Grey, got to race a BMW 320 Group 5 as well although the year is unknown.

1983 and the Group 5 Escort now in Rothmans livery.

1983 Press article about H-J Stuck and his win.

1984 and the Group 5 Schnitzer Turbo BMW M1 of H-J Stuck, winner, having lapped the whole field.

H-J Stuck getting the car back to the pits after a celebration lap.

Preview of the 1985 race with Ravaglia featured.

The 1985 AKAI and JPS team contenders.