If you want to remember a day in the so-called “modern Formula 1” era, the 6th of March 1981 can be regarded as one of them. On that day, McLaren unveiled the MP4-1 Chassis at Silverstone. It was the first tub built of carbon-fibre and that was the start of an all new era for Formula 1.

The MP4-1 was designed by John Barnard and built by the McLaren Group with the help of Hercules Aerospace (U.S.A.). The design was a revolution in terms of rigidity and driver protection as carbon-fibre had a strength that aluminium couldn’t match. An aluminium tub consist of various panels which are mechanically fixed together to form a structure. Carbon-fibre has the particularity to be molded all-together. It forms a unitary structure and that’s the main difference and strength of the material and technology. 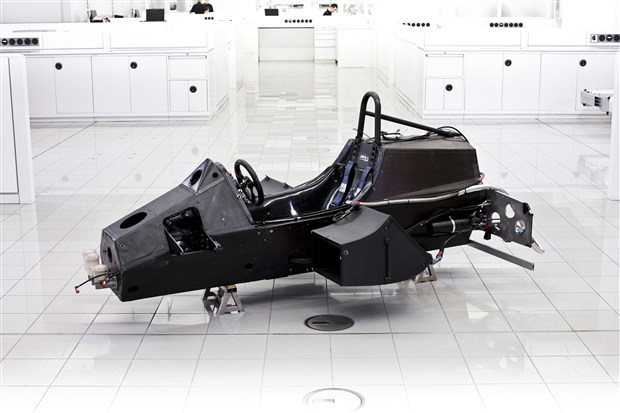 The first version (MP4-1) used in 1981 had a conventional Ford DFV unit as its powerplant but in the later versions, this powerplant was to be replaced by the TAG-Porsche Turbo. This would lead the team to the 1984 World Title with Lauda and the MP4-2 evolution as well as the 1985 World Title, this time with Frenchman Alain Prost and the MP4-2B evolution. 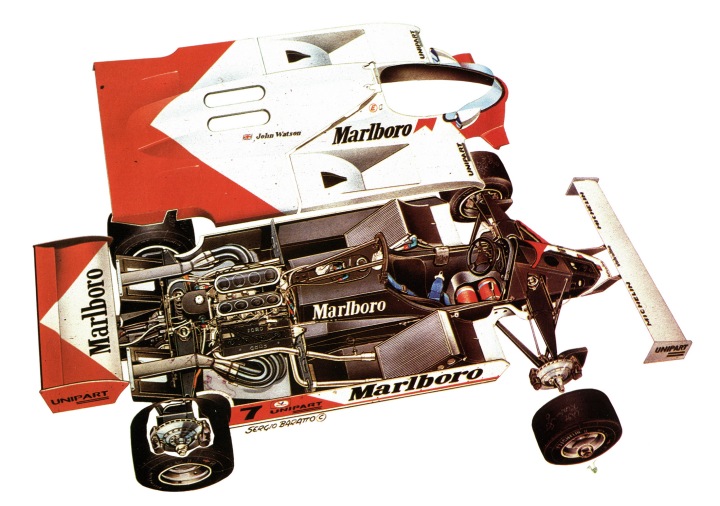 Another testimony to the strength of the John Barnard design and carbon-fibre use is the video below. John Watson was able to walk away from this fiery crash during the 1981 Italian GP at Monza with only minor bruises.