Following the 1986 results, work began on the next season and the ELF 4. Honda, and for the first time opened its HRC headquarters to Elf engineer Trema so he could work on the NSR 500C V4 GP engine and design bespoke parts for the new bike. 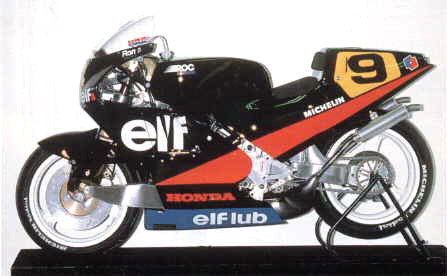 There were delays so Haslam debuted the season riding a standard NSR Honda bike bearing the ELF colours and finished fourth in the 1987 standings that year even if driving the ELF 4 during the last races.

The bike suffered serious brake problems, the chassis first made of carbon fibre proved to be too fragile for competition and the bike was to be heavily developed for the 1988 season renaming it the ELF 5. 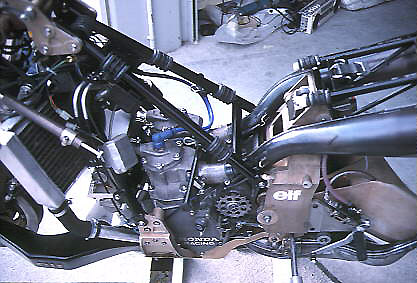 The carbon fibre chassis was replaced by cast-magnesium and featured Nissin front brakes to help cure the braking problems. The opposition worked hard as well and came with more sophisticated and stronger design. The team would finish eleventh in the world championship standings and it proved to be a disappointing season for the team.

Nonetheless, Haslam secured the 1986 Macau GP outright win and proved to be the Master of the street circuit as well as giving a testimony to the radical design of the ELF5. 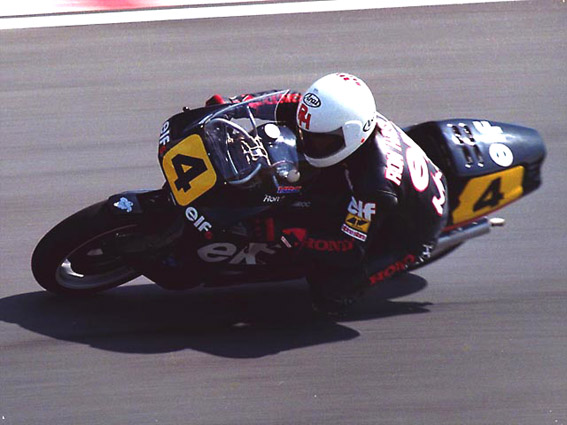 All contemporary bike prove have their roots in the ELF design, look at the swingarms, stressed-member chassis, carbon fibre and the list goes on and on and on…

One word sums it all up : RADICAL.